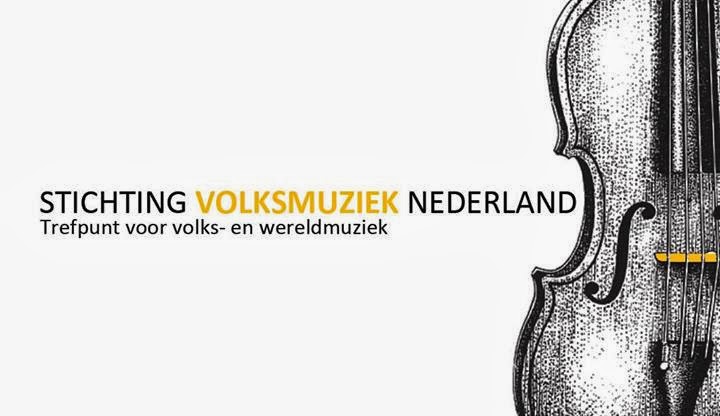 For instrumentalists and singers

This weekend is a combination of weekends Low Countries and International Teamwork . As a counterpart of the weekend Window on the East in the autumn we are going this weekend and come up with music from Western Europe . For every wind , there is a workshop and also to our own region is thought music from the Low Countries .

For the singing workshop we pretty much make a journey through all corners . The fun in playing and singing together is paramount in this weekend and is not meant to improve your skills, but to take note of the different aspects of music from different corners of the world knowledge. Therefore it is important that you are at home on your instrument and the singers applies only singing experience . It promises to be a fun and educational experience to weekend . I expect a lot of interest for this weekend . It is therefore recommended that a second choice to give up. 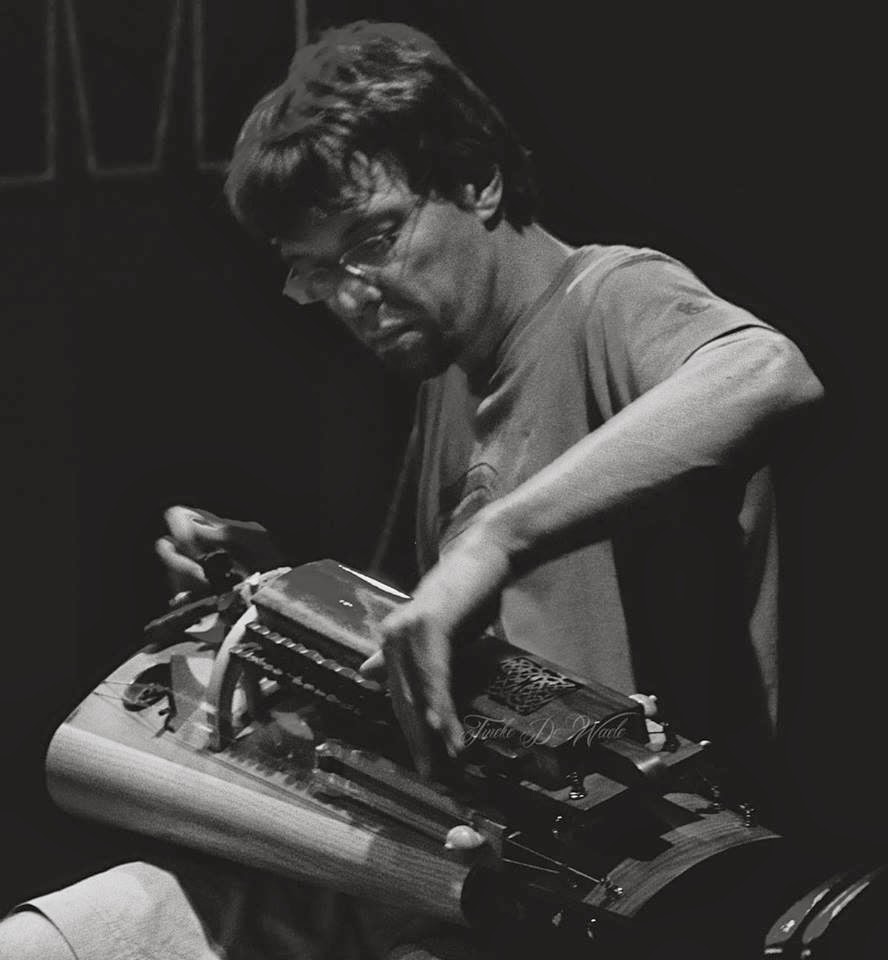 * Workshops hurdy-gurdy, bagpipes, accordion, vocals, teamwork ... at Foundation Hurdy-gurdy and bagpipe
(11) - 12 & April 13, 2014
Only a few places available. Players of all levels are welcome.

If you’ve been reading my Black Sails blogs, you’ve heard a lot about the hurdy gurdy.  So what, exactly, is this weird instrument and how does it work? Check out my fourth Black Sails video blog and get to know the most important instrument in the score:
I never imagined that the hurdy gurdy would become an essential sound for any score, and I had fun exploring the various sounds the instrument can create. There were drawbacks, however, to relying so heavily on the hurdy gurdy. The instrument is finicky, cranky and sensitive to atmosphere and temperature changes. Los Angeles fell under a heat wave while I was scoring “IV.” and my poor instrument, which had been designed and built in the cold reaches of Northern Europe, had never been exposed to such conditions. The wood swelled in the heat and none of the keys would budge!

I called up my local hurdy gurdy specialist, an instrument-builder named Curtis Berak. Curtis did not actually build my instrument (it was made by a builder named Leif Eriksson), but Curtis has helped maintain it over the years, showing me vital techniques for keeping it in shape before the rigorous Black Sails sessions. As misfortune would have it, however, Curtis was in Paris all month! It’s not like I have multiple hurdy gurdies laying around, and scoring this episode without the instrument was not an option. I was screwed.
Time, and Hollywood deadlines, stop for no man, so I couldn’t exactly call up production and ask them to delay an episode of the show. Luckily, Curtis’ back-up technician, Scott Gayman, was only a few hours away and was able to swing in and save the day. This is why I love living in Los Angeles. In what other city in the world could this happen? When your hurdy gurdy repair specialist is out of town, there’s ANOTHER one ready to help out. Thanks to Curtis recommending Scott, my hurdy gurdy was back up and running within twenty-four hours. The airing of “IV.” is proof I still made my deadline.

MODERATE SPOILERS AHEAD: The fourth episode of Black Sails is a pivotal point in the narrative. Before setting out after L’Urca De Lima, Flint and his crew must bring the Walrus onto the beach to clean it. This is a seafaring practice that I’d never seen put up on the screen before and was a lot of fun to score. The audience suspects that this situation isn’t going to end well, a notion reinforced by the various cuts to close-ups of the ropes bending as the palm trees sway in the wind.

I scored these scenes with a Japanese transverse flute called a bansuri. I asked performer Chris Bleth to blow across the hole as gently as possible, just enough to make the slightest sound. The result is music that feels like a sound effect, a gentle gust of wind. However, unlike sound design, the notes created are pitched and so I could control how they clashed against the harmonies in the rest of the score and dial up the tension as the episode progresses.

In “IV.” I develop several important character themes. In the episode’s opening scene, the relationship between Flint and Barlow is clarified as we see them making love. I scored this scene with a delicate cloud of pitches from the string quartet and hurdy gurdy drone, while having a dulcimer with soft mallets softly ring out the Barlow Theme:

Later in the episode, Barlow is practicing the clavichord once more, playing the Purcell Chaconne in G Minor:

Guthrie approaches her, recognizing the music. His simple line of dialog was researched by music historian Adam Gilbert, who consulted the screenwriters in the way in which a man of Guthrie’s background and education would refer to a piece of music like this.
Guthrie remarks on a portrait in her house that reveals some of her background. This entire scene is scored with variations of the Barlow Theme. String quartet chords, a hurdy gurdy drone and subtle electric bass are layered against ethereal metallic percussion played with fingertips to provide minimal rhythm. A solo viola carries the Barlow Theme melody.

You can hear the performers stretching their boundaries. I encouraged everyone to take extra liberties when bending between pitches. The quartet slides between chords while the solo viola slithers in and out of tune. This cue marks the first time I pushed the performances so far and we discovered a method of making even a slow, emotional cue feel gritty and salty. These first four episodes were a gradual process of discovery and this cue, I feel, is where the haunting emotional long tones really clicked. For some reason that now eludes me, this track didn’t make the cut for the album, a decision I somewhat regret now. Perhaps I can release it at some future point.

The Flint Theme makes an appearance in “IV.” as well, although not in a scene where one would expect it.  After those ropes inevitably break, the ship careens back, trapping poor Randall beneath it. Desperate measures are enacted in order to save him. As Flint carries him to safety, a solo pennywhistle offers a high, distant version of the Flint Theme:

Obviously the moment isn’t about Flint directly, but it is an important emotional moment for the crew, having both saved and lost one of their own. The theme represents Flint’s desire to build a nation for him and his men, so it seemed appropriate that it can also represent the bond between crew members. Taking the Flint Theme away from the distinct South American quena and playing it in this pennywhistle distances the theme from the previous, more Flint-centric, statements. (This moment can be heard on the soundtrack album at the top of Track 17, “Funeral At Sea.”)

The most important musical development in “IV.” is the introduction of the final primary character theme, the Vane Theme:

Vane is at his lowest point at the start of “IV.” He has lost his ship, his crew and drifts in an opium haze. He sees visions of Eleanor and also a mysterious man who beckons him out of his tent and back to the streets. For these moments, the Vane Theme is played by a haunting solo hurdy gurdy. (Check out the Vane Theme on the soundtrack album in Track 16, “Vane’s Visions.”)

My approach for writing a theme for Vane was the same as for Flint. Both these guys are so macho and badass already – to make their musical themes heavy and manly would only provide redundant information. I waited until their moments of vulnerability to introduce their music, because these are the moments that reveal something essential about their characters. Like the Flint Theme, the Vane Theme is beautiful and lilting. The scratchy tones of the hurdy gurdy give it edge, but at heart, it’s a lyrical melody set against moving harmonies – not the obvious approach for a character like Vane, but one that will provide a useful theme to develop in later episodes.
At the conclusion of the episode, Flint learns he has been double-crossed by Captain Bryson who has taken the heavy guns he will need to capture the L’Urca. Chugging strings from the trio, a driving groove from the string quartet and frantic rhythm from the bodhrán and bones bring the promise of a battle to come.
-Bear

- ENGLISH -
V International Medieval Music Course
28 July – 2 August 2014
Poliphonic music in the 15th century Aragonese Naples Court.
Based on the quality and number of its musicians, the 15th century Aragonese court in Naples boasted the premiere musical ‘capella’ in Europe, even more important than that of the court of Burgundy. The composers Cornago and Vincenet worked there, while Tinctoris formulated all his theoretical works in Naples. At the court, all types of music known in Europe flourished: ballate, strambotti and barzellette from Italy; canciones from Spain, rondeaux and dances from France.
At the 5th International Course, we will explore the sonority and particular atmosphere of each of these genres and the fertile exchanges between formal and popular music that characterized Aragonese Naples.
Faculty:
Solo singing: Patrizia Bovi
Bowed instruments: Gabriele Russo
Wind instruments: Goffredo Degli Esposti
Choral singing: Simone Sorini
Lute: Crawford Young
Harp: Leah Stuttard
Alta Cappella: Ian Harrison
Hurdy Gurdy: Giordano Ceccotti
Percussions: Gabriele Miracle
Dance: Natalie Braker

-- are now re-uploaded (appear later in the playlist)

- With inspiration enviastes on 14 February THROUGH FB for my birthday this little music composed in gratitude, is dedicated to you.
Indeed this is a folding Rebolloinstruments.com "model Redux" is new, works well mui IEST sale. (€ 1,800)

Email ThisBlogThis!Share to TwitterShare to FacebookShare to Pinterest
Labels: for sale, Oscar Fernández